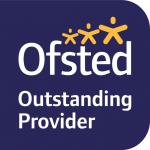 Ladybird Forest Pre-School was founded in January 1990, and was located at the Ampthill Methodist Church. The Pre-School grew steadily and opened for four morning sessions and one afternoon session per week.

In September 2005 we relocated to a purpose-built modular building in the grounds of Russell Lower School, where we are very fortunate to be able to take advantage of the extensive facilities and infrastructure of the school as well as our own specially designed facilities.  Initially, Ladybird Forest Pre-School opened five morning sessions and 5 afternoon sessions a week. In September 2006, Ladybird started a Lunch Club, allowing children the opportunity to stay all day.

In Sept 2013 we introduced our Forest School to all children who attend our pre-school. This is a new initiative to encourage children’s learning through interaction with the outdoors. Children whittle, saw, learn about their natural environment, learn about nature and also how to work as part of a team. We are currently the only pre-school in Ampthill to offer a dedicated weekly 1 hr group Forest School session per child.

In September 2015 we introduced our ‘After Pre-School Club’ offering our parents/carers wrap-around care until 6.00pm every day and serving a hot tea at 4.15pm.

In September 2017, we introduced a ‘Breakfast Club’, which runs from 7.45am till the start of the morning session at 8.50am.

Ladybird Forest Pre-School continues to thrive and is always looking for ways to grow and expand.
We are a fully independent pre-school and children attending Ladybirds will continue to feed into BOTH Russell Lower and the Firs Lower schools in Ampthill as well as Maulden Lower and other Lower schools in the area.

This website uses cookies to improve your experience while you navigate through the website. Out of these, the cookies that are categorized as necessary are stored on your browser as they are essential for the working of basic functionalities of the website. We also use third-party cookies that help us analyze and understand how you use this website. These cookies will be stored in your browser only with your consent. You also have the option to opt-out of these cookies. But opting out of some of these cookies may affect your browsing experience.
Necessary Always Enabled
Necessary cookies are absolutely essential for the website to function properly. This category only includes cookies that ensures basic functionalities and security features of the website. These cookies do not store any personal information.
Non-necessary
Any cookies that may not be particularly necessary for the website to function and is used specifically to collect user personal data via analytics, ads, other embedded contents are termed as non-necessary cookies. It is mandatory to procure user consent prior to running these cookies on your website.
SAVE & ACCEPT